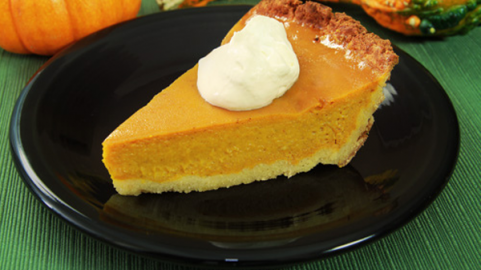 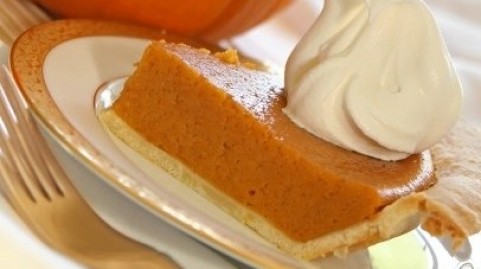 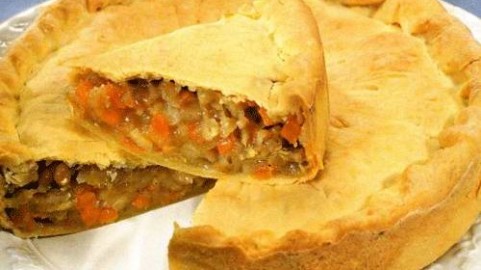 Type: Pastries
Servings: 6
Ready in: 2 hours
Calories: Middle
The pumpkin dishes are very common in traditional Ukrainian cuisine. In general, the pumpkin came from America, however the Ukrainians had caught the fancy of it therefore as of today it is one of the protagonists of Ukrainian fare.
The national dishes of pumpkin are multifaceted. It can be used to make thin pancakes, pies, cookies, porridge and paste. Moreover, the pumpkin might be cooked in its own juice with raisins, dried pears and prunes. The pumpkin paste is an individual page of Ukrainian cuisine. It can be made over fire, in oven with milk, honey, and other ingredients.
The pumpkin pie might also feature compliments, as nuts, raisins, honey, prunes, etc. It also differs in culinary technique. Of course, as of now, the pumpkin pie is baked in microwave or in oven; nevertheless, there are some age-old recipes about cooking it in firewood stove.
The pumpkin pies can be closed or opened. The stuffing of the first one is enclosed inside by the thin layer of dough. This pie contains fewer amounts of calories, and doesn’t boast strong pumpkin flavor. The filling of the opened one is laid on the shortcake, and once baked is dusted with powdered sugar.

Stages of cooking
1
Cut the pumpkin into wedges; then peel and deseed it.
2
Heat the oven to 180C; dice the pumpkin and bake for 1 hr.
3
Whip 2 eggs and 100g of sugar in a mixing bowl.
4
Combine the whipped eggs with pumpkin, plums, raisins and one tbsp of flour.
5
Dice the butter, combine it with flour and sugar in blender, or simply grind it. Add the egg and knead until it is fully combined.
6
Roll the dough; line the baking tray and cool.
7
Bake the dough pressed by weight for 15 mins in oven preheated to 170C, and 10 mins without weight.
8
Put the stuffing onto the shortcake and bake for 35-40 mins in oven preheated to 170C.

Potato Yushka with Marrows
Yushka is a traditional Ukrainian pottage. Earlier 'yushka' was a name for meat and fish broths that were basis for the majority of liquid dishes, in particular for ukha. Later, however, potatoes and other vegetables, pasta, beans, mushrooms and various cereals became yushka's components. Yushka is cooked differently in different regions of Ukraine
Read more
Rassolnik
The rassolnik is a historically Russian main course that is why it is very common at Ukrainian table. It is made with pickled cucumbers and cucumber pickle.
Read more
Classic Ukrainian Borsht
Tasty and fragrant borsht is the rich Ukrainian cuisine's trademark, in regard this original dish was described in literary works by Ukrainian and Russian classical writers for a reason. You won't find a housewife in Ukraine, who can't cook borsht, although it's not the simplest dish at all. It has plenty of components and complicated cooking techn
Read more
Golubsti
The golubsti (cabbage rolls) is a traditional Ukrainian dish. It is a peculiar cabbage roll stuffed with minced meat and rice, and braised in tomato sauce. Such a combination of products provides cabbage rolls with an unusual taste. The Ukrainian golubtsi bear strong resemblance to Turkish dolma. However there is a considerable difference. It cons
Read more